Introducing Freelance Book Editing 101: What You Need to Know to Succeed

When I started my career as a freelance book editor back in 1995, I was thrown into the deep end and had to figure out how to sink or swim. If I knew then what I know now, I could have had an easier time of it, and I certainly could have made a lot more money. Also, I would have started sooner than age fifty!

The world of publishing has changed since that time – for the better. For one thing, freelance book editors are in more demand than ever. That’s thanks to the rise of independent publishing, which, in 1995, was not yet distinct from the less respected “vanity presses.” Independent publishing was considered a path only those who weren’t “real authors” used for publication.

But now, twenty-five years later, indie publishing has exploded. Just look at the increase from 2008, with less than 100,000 books independently published, to 2018, with over 1.5 million books self-published. 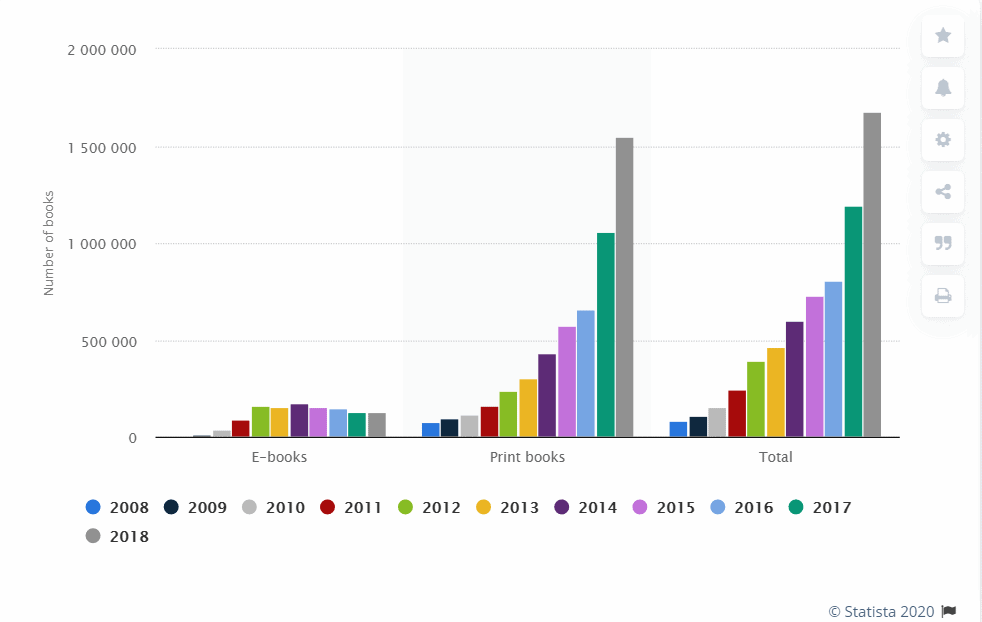 Number of self-published books in the United States, 2008-2018 (Source: Statista)

What does this mean for freelance book editors? More work, and lots of it. Freelance book editors have opportunities directly with self-published authors (who number in the millions per year) and the hybrid and assisted publishing companies that assist indie authors. Of course, there’s still plenty of work directly from traditional publishers, too.

At Editorial Arts Academy, Susannah and I are charting the territory for freelance book editors and sharing the lay of the land to those interested in pursuing editing as a full-time or part-time career. Since 2018, we’ve guided aspiring as well as professional book editors in live workshops, individual consulting sessions, mentoring groups, online Zoom classes, and now, our new baby: the self-paced Freelance Book Editing 101: What You Need to Know to Succeed.

Would it benefit you to learn about the world of freelance book editing from two seasoned freelance professionals so you could decide if it’s something you want to do? What do you need to know to take the plunge, or be more successful at a career you’ve already begun?

In just a few hours, you can get the scoop on exactly what it’s like to have a freelance book editing business — the opportunities, challenges, and (many) rewards. The class focuses exclusively on editing trade books, aka popular books for a general audience. We find these are the books that are so much fun — and educational, and inspiring, and edifying — to read.

A Tour of “Freelance Book Editing 101”

The class is entirely self-paced, with videos, PDF and Word document downloads, and a final quiz. The class goal: Give our students everything they need to succeed as a freelance book editor of fiction and nonfiction.

In Module 1, DISCOVERY, three lessons lay out the territory of freelance book editing. 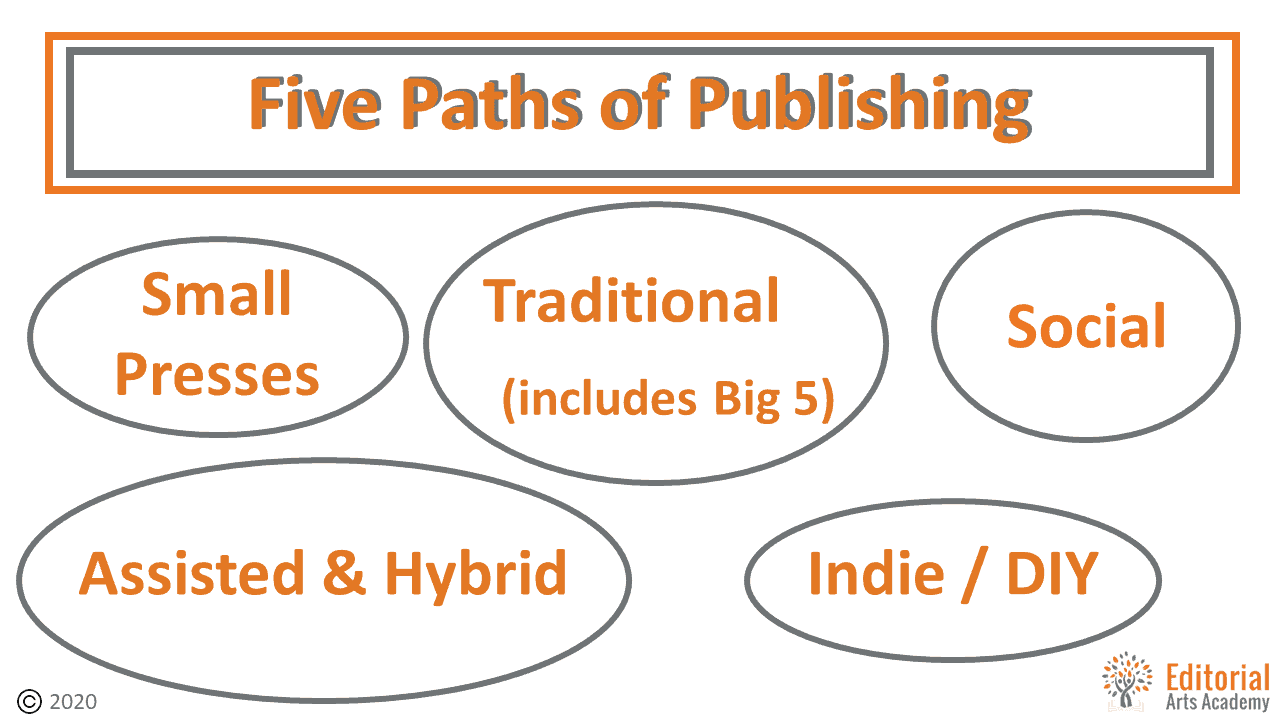 A slide from Lesson 2.1, The World of Publishing, that shows the five paths to publishing today

In Module 2, EXPLORE, we dive deep into the nitty-gritty of each editing role and guide you to an understanding of where you fit. 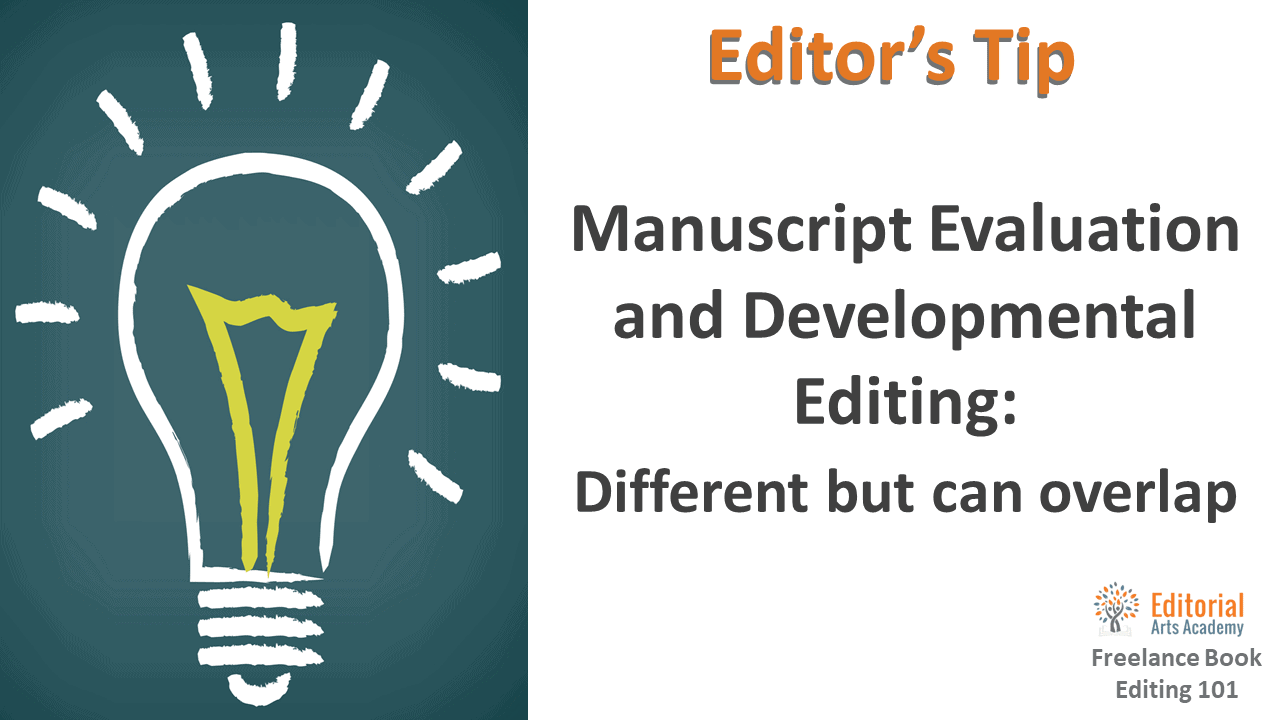 A slide from Lesson 2.2, “Editorial Roles for the Content Edit,” about Manuscript Evaluation and Developmental Editing

In Module 3, ENVISION, we get into the nuts and bolts of running your freelance business. 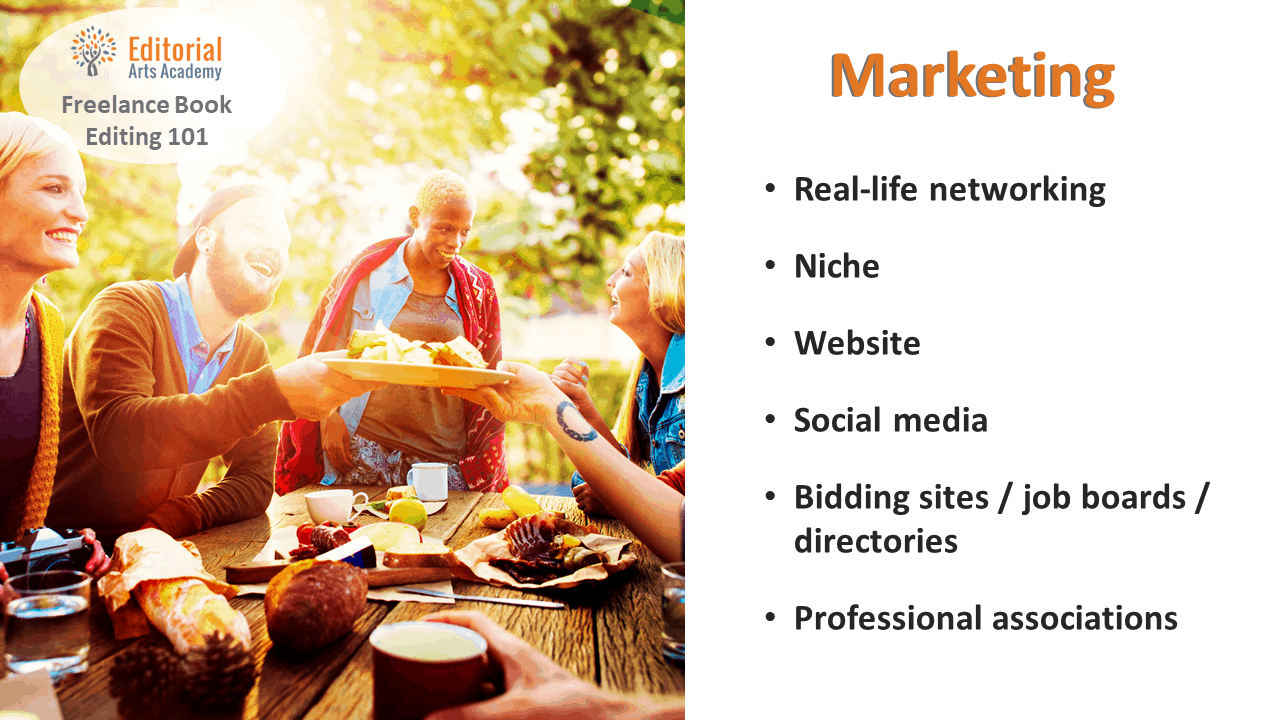 A slide from Lesson 3.3, “The Business of Freelance Book Editing,” about the various ways to market your business

If anything can help you decide if freelance book editing is right for you, it’s Module 3. This part of the class puts the icing on the cake by giving you an honest look at the realities you’ll be dealing with, and how to avoid the obstacles and reap the rewards.
Module 4, EDITING IN ACTION, will give you the chance to see samples of different kinds of editing. You’ll see examples of:

We also have a bonus video for you:

And to help you dig deeper into the many resources available to aspiring editors and chart your course as a new editor, we’re including: 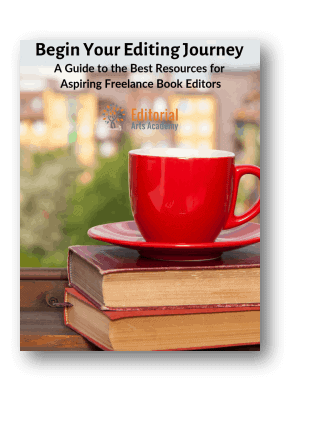 One of the class bonuses – our ebook, Begin Your Editing Journey: A Guide to the Best Resources for Aspiring Freelance Book Editors

Finally, because we know how much a community matters when it comes to embarking on a journey of this magnitude, every student will have access to a moderated forum on Slack. This will be an online gathering of all students in the course and an opportunity to ask specific questions and get answers to anything you’d like to know. 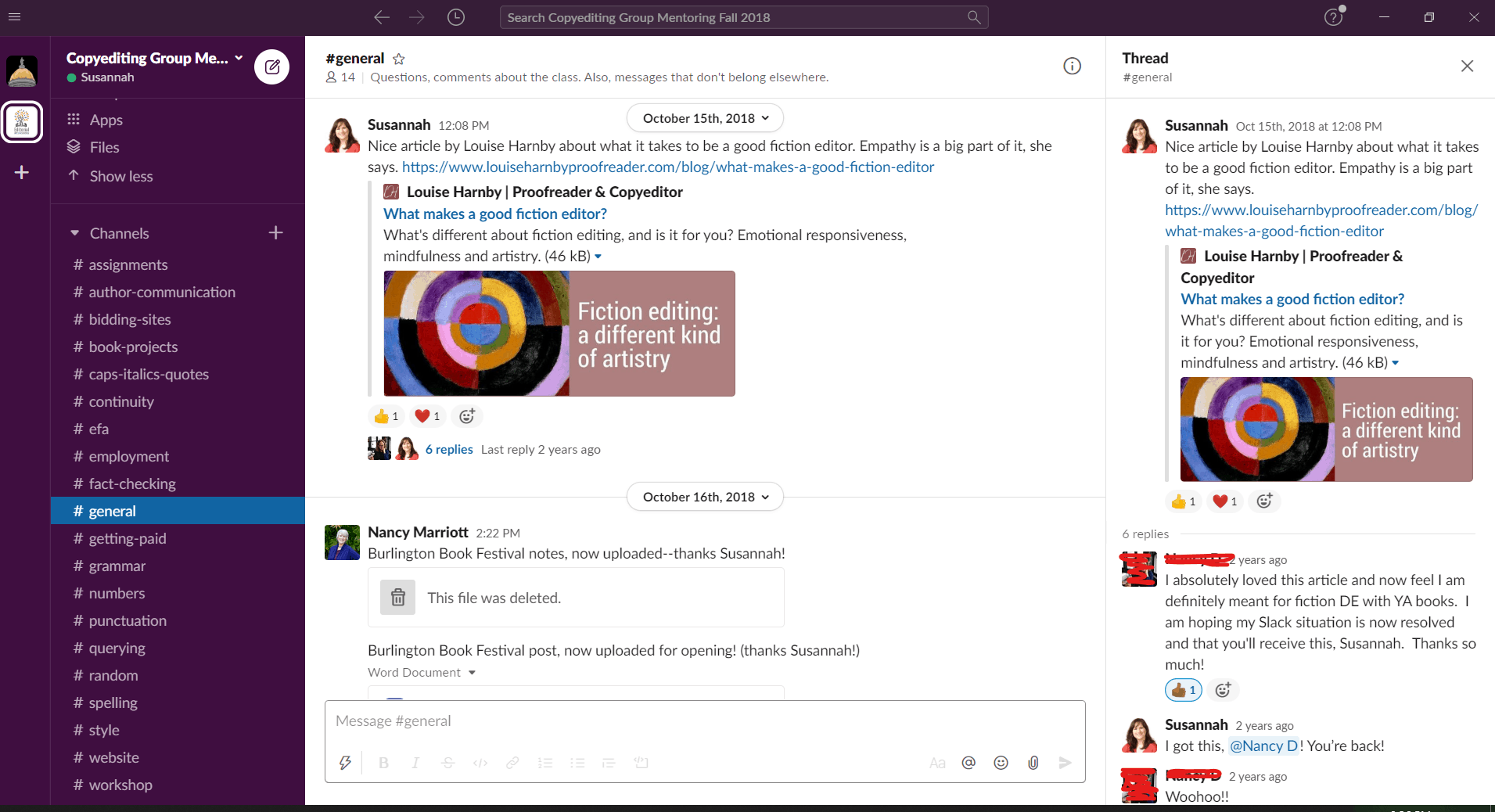 Once you complete the course, you’ll receive a Certificate of Completion.

If you’re ready to learn how you can succeed in a career in which you’re meaningfully engaged with fiction and nonfiction books and that you do from your living room, working for yourself, then it’s time to register!