An Editor of a Certain Age: Freelance Copyediting Careers for Older Women

I was the eleven-year-old miscreant with a purple Sharpie correcting restaurant menus, school textbooks, and the science fiction novels on my parents’ bookshelves.

Thirty-four years later, my freelance copyediting career is getting underway.

But, my inner critic demands, are you too far over the hill to be a beginner?

Editing seemed to be where I was going. After graduating college, I attended NYU’s Summer Publishing Institute. My cohort talked censorship with Bob Guccione and toured the immaculately elegant halls of Condé Nast, where I experienced myself as lumpy, lumpen, and without the possibility of ever developing a fashion sense.

St. Martin’s Press hired me as a publicity assistant. Every morning, I kissed my cat and walked from my tiny, water-streaked West Village studio (subsidized by Mom and Dad) to the magnificent Flatiron Building, of which a Steichen print still hangs in my home. I enjoyed working among friends and dancing away author parties at ’80s hot spots like the Limelight. But writing press releases got old, especially at a salary of $11,500 a year.

I drifted away from New York and into better-paying jobs. By the mid-1990s, I was writing about software products from Pixar and Lotus from my stylish office in a New Hampshire ad agency.

Then I discovered my body. I began doing, then teaching yoga, and I enrolled in massage school. After twenty-four years as a massage therapist, I still love helping soothe clients’ nervous systems, and my own in the process.

But in the last couple years, my mind has craved more from my work while my body requests less, sometimes in a whiny chorus of aches and pains. It’s time to steer my career back toward editing in that slower, more careful way I now drive.

“Why did I walk into this room?”

Editorial Arts Academy announced itself in December 2017. Throughout the standing-room-only public talk “Learn the Craft and Business of Freelance Book Editing” at Kellogg-Hubbard Library in Montpelier, Vermont, my innards sang, Yes!

My Fifties Have Arrived

I’d been noticing age-related changes in myself. My tendency to lose words midsentence had me fretting about losing my mind.

I struggled to hear phone conversations and group discussions. At an Eddie Izzard show, it killed me when the audience laughed at jokes I couldn’t discern. Was my hearing going too?

All that catastrophizing wasn’t going to do itself. I enlisted medical experts.

Three hours of tests later, the neurologist assured me I had no detectable cognitive decline.

And my hearing? After the audiologist shut me in a sound booth, she announced I had the hearing of a healthy seventeen-year-old. But, she added, my mind doesn’t effectively process all the noise I hear. I will continue saying “Sorry, what?” and there’s nothing for it.

Better Together at Any Age

At the dawn of Editorial Arts Academy, I attended Susannah Noel and Nancy Marriott’s library talk, then their full-day presentation, and then their five-week copyediting class. Wanting even more, I took their six-month copyediting mentorship.

Susannah and Nancy were pleased and surprised by the number of older and retired women joining EAA. Susannah called editing “the perfect thing to do in retirement.”

Finding my tribe was key to finally commencing my copyediting career. The attentive support of Susannah, Nancy, and my fellow mentees sent my competence and confidence spiraling upward.

“Our belief in another person’s potential brings that potential to life,” says positive psychology researcher Shawn Achor, whose tagline is “Happiness is the joy you feel moving toward your potential.”

At the end of the mentorship, I anxiously awaited feedback on my first full-length copyediting project. My astounded relief at having done well told me that my fear of being too old to edit was about fear itself.

So what’s my realistic potential as an older editor?

Perceptions of people as we age are changing. (The language is too.*) Merely raising the subject of older editors’ skills sparked cries of ageism at the Chicago Manual of Style’s CMOS Shop Talk post, “Am I Too Old to Copyedit? 3 Questions for Those Who Wonder.”

The cohort of people over age sixty-five is the most diverse in their abilities of any age group, according to longtime reporter and founding editor of the Washington Post’s health section, Carol Krucoff, and her teaching partner, Kimberly Carson. I know this because I completed Carol and Kimberly’s Therapeutic Yoga for Seniors professional teacher training at Duke Integrative Medicine.

(That was back when I thought I’d continue teaching yoga as my late-life career. What happened to that? Too people-y. I need some human interaction, but copyediting better suits my more introverted older self.)

And while it’s possible my fluid intelligence has peaked, I have decades of crystalized intelligence and big-picture thinking to call on. I delight in looking deeply into each word, fact, and idea in service of a writer’s message.

In my twenties, I failed to recognize that what I’d once considered editing was prescriptivist conceit. In my fifties, I come with years of meditation, therapy, and professional skills in easing others’ worries. Grounded in professional boundaries and ethical frameworks, I meet clients’ needs through work I love doing.

The brat whose purple pen corrected library books has developed manners and restraint.

…Should You Choose to Accept It

Here’s the truth: I lean prescriptivist. Okay, and pedantic. (This will not surprise my family and friends.) But, professionally, I have been hyperaware of this and overcompensating for a quarter century. With writers, as with massage clients, I maintain active listening, compassion, and a spirit of service.

I don’t know everything. I no longer see value in trying to. What I know is when to look things up and offer writers the choice to utilize what I’ve found.

In writing this post, I sought feedback from friends. In perhaps the greatest contrast with my younger self, I incorporated their contributions with gratitude. Age and experience have left me increasingly receptive to offerings that improve my work and, at a deeper level, myself.

That’s why now is my time to succeed as a copyeditor.

* Nationally, the American Medical Association is modifying its stylebook to expunge offending words and phrases such as “aged,” “elders,” and “seniors.” It’s following the lead of the American Geriatrics Society and its scientific journals, which adopted the less objectionable “older adults.” (Source: “Who Are You Calling Senior?”)

Sheryl Rapée-Adams overmothers her cats, copyedits, and, with her husband Chris, offers massage therapy and manages a community garden of twenty-two households growing food collectively—all right at her home in Montpelier, Vermont. 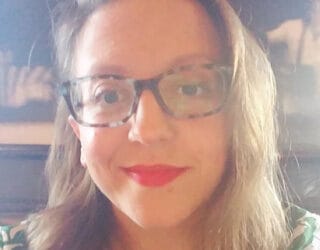 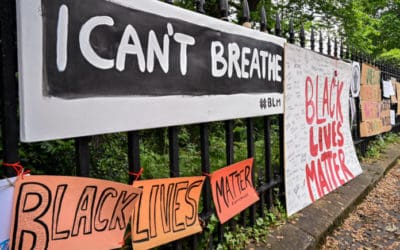 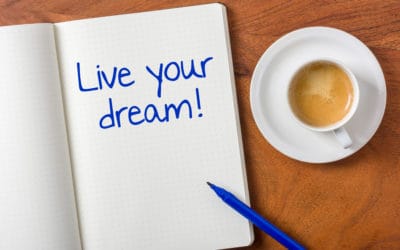